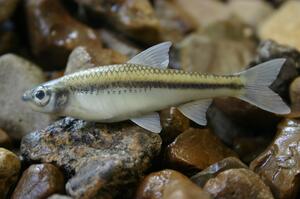 The Bigeye Shiner is locally common in the Spring River system in Cherokee County, Grouse Creek and its tributaries in Cowley County and in the Verdigris and Caney rivers in the southern Flint Hills. It does not occur in the intervening the Neosho River basin. The Bigeyed Shiner prefers clear upland streams with high gradients and rock, clear sand or gravel bottoms. It occurs in the Mississippi River Basin, from central Ohio to eastern Kansas, and south to Alabama, Louisiana and Oklahoma. The distribution of this species has apparently not changed significantly, but since it is restricted to only a few streams, it appears to have a precarious distribution. 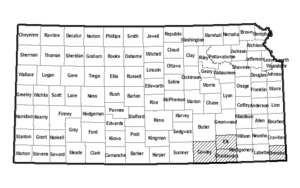