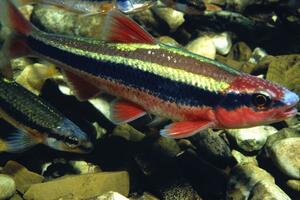 The Cardinal Shiner has a robust population in Shoal Creek and Spring River in Cherokee County, and occurs as a relict, but locally common, population in the Cottonwood River drainage in the upper Neosho basin. One museum record exists in Marion County, from the Cottonwood River drainage. It was collected in the Verdigris River by a KDWPT Stream Survey and Assessment crew in 2010, where it data showed it to occur in the past, and was believed extirpated. It requires clear, cool water with limestone rubble and gravel with no to moderate current and no silt. The Cardinal Shiner is vulnerable because of its restricted range, and disjunct population. It breeds in April and May, in or below swift, shallow riffles, diurnally. 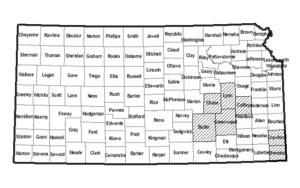