There are approximately 19,000 acres of public land surrounding Milford Reservoir on the west side and the upper end. All 19,000 acres are open to public hunting. The Steve Lloyd refuge contains an additional 1100 acres. Both the public hunting area and the refuge are managed to maximize the production of various wildlife species.

There are currently 8 newly formed wetlands, the first of which was created in 2001. These wetlands are located along the Republican River all north of the Milford Reservoir. They surround the Steve Lloyd Refuge area. They are primarily filled with natural vegetation but there are a few that are comprised of flooded food plots. They range in size from 60 to 250 acres making-up approximately 2300 acres of wetlands when all pools are full.

Numerous opportunities exist for those who wish to observe or photograph wildlife on the area. The abundant and diversified habitat at Milford supports many species of nongame birds, mammals, reptiles and aquatic life.

Hunters will find a variety of game including quail, pheasant, prairie chicken, duck, goose, rabbit, turkey, deer and squirrel. Trappers are also active throughout the season in pursuit of raccoon, muskrat, beaver and other furbearers .

Several of the seasonal roads were damaged by the flooding this past year and will not be open by March 1st.  Martin Bottom, Beichter, River weirs west of the broughton bridge and the youth area seasonal roads were hit especially hard and are waiting on heavy equipment to arrive to make repairs or for the silt deposits to dry before it can be removed.  Other seasonal roads are being graded and some rock is being hauled to improve conditions and will be opened throughout the first week of March.

Seasonal Road Update:
As of April 27th all seasonal roads are open to vehicle traffic with the exception of Martin Bottom (east of broughton bridge).  This road has considerable flood damage and may take several months to get opened up to vehicle traffic.
2020 Steve Lloyd Refuge Expansion

The refuge area will be expanded to include an additional 200 acres along the southwest corner to the private property line.  This change will take effect Match 1, 2020.  The previous boundary was difficult to distinguish and thus enforce.

In addition to the refuge expansion, the seasonal road leading to the river known as "High Banks" will be open year-round also starting March 1, 2020.

Due to extreme flooding (30 feet above conservation pool) this year only two of the sunflower dove fields survived and are shown on the map link above.  Six other fields were flooded out.  KDWPT has conducted several small summer burns throughout the wildlife area that may attract some doves and provide some additional hunting opportunity.

The Republican River began flooding the first weekend of September in 2018 and has continued to flood since. Milford Lake reached 30 feet above conservation pool and has caused substantial damage to the wildlife area: flooded/closed roads, wetland pumps submerged, electrical pump hook-ups damaged, trees dying, hundreds of acres of native vegetation drowned out, most agriculture fields were/are under water and were unable to be planted, etc.  It will take years to recover from this level of damage.

As of August 20th, all wetland dikes are still submerged.  Damage estimates cannot be accurately made yet.  No pumping is expected to be needed or even possible at this point.  Needless to say, the waterfowl hunting opportunities on the area may be extremely poor this year.

15 prescribed spring burns were conducted between March and early May this year totaling 1,825 acres. This should provide good brood rearing habitat near nesting habitat in many locations this year as well as provide more desirable nesting habitat in the next couple of years on the grasslands that were burned this spring. Prescribed fire is used as a habitat management tool to reduce woody invasion of trees and shrubs in native grass stands, minimize invasive grass species such as brome and promote fire tolerant desirable tree species in timber stands, all without using herbicides.  10 brush piles were burned this past winter providing for safer spring burning conditions.  Many of these brush piles had been sitting for several years waiting for adequate snowfall to burn them safely.

12 prescribed summer (growing season) burns were conducted on Milford this year between late July and mid September totaling 219 acres.  The primary goals of the summer burns depends on the site but typically they are intended to reduce woody encroachment of trees and shrubs, temporarily reduce native grasses in effort to stimulate more forb (wildflower) growth and to reduce seed production of noxious weeds, particularly sericea lespedeza.  A summer burn often stays void of cover throughout the winter which provides a longer window for the removal of trees and brush within the burn area during the dormant season.

Due to this year's extreme flooding, we've been able to focus on tree and brush removal in some of the upland areas.  Pictured below are two areas we've been working commonly referred to as Sugarbowl and south of the timber creek bridge.  These areas were summer burned, remaining brush was then mowed or mulched, trees were cut with chainsaws and patches of invasive cool season grasses such as brome and fescue were sprayed after the killing frost put the native warm season grasses into dormancy so they wouldn't be harmed. Herbicide applications will be done this next spring and summer as needed to kill the brush as it continues to sprout.

The eroded spillway was repaired (again) in July when the water levels were low.

A new culvert was installed to move pump water from the pump canal to the wetland area.  The old culvert had developed a hole which hampered management access.

A new electric drive has been ordered to replace one the burned up on one of the portable pumps.  This will make all 5 pumps operational.

Efforts are being made to improve the quality of our timber stands.  Chainsaws,herbicides, prescribed fire and mulching/mowing are being used in various areas to reduce undesirable tree species (Locust, elm, hackberry, cedar) and promote desirable species (Oak, walnut, hickory).  We recently completed some work near North Smith, Mall Creek, Quimby Creek and Beichter Bottom.  Undesirable trees were cut or girdled and left standing.   Several other timber stands, particularly creek drainages, have been targeted as areas in need of improvement.  In many areas, the majority of our desirable trees such as oaks are dying out or being shaded out by undesirable tree species.  Oaks are not a shade tolerate species meaning they require some sunlight to grow.  Many of the areas where TSI has been done will look pretty bare for the first several years until the seedlings develop into young trees.  In the meantime, the downed trees and increased growth of the understory will provide cover for many wildlife species including deer, quail and turkeys. 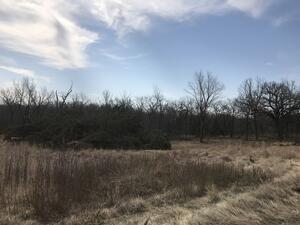 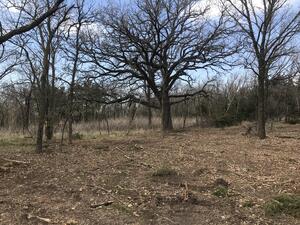 Both areas will remain open to regular public hunting but will also be available for handicapped vehicle access by special permit.

A valid state issued handicapped permit and a permit from Milford Wildlife Area is required.

The Milford Wildlife Area will be conducting prescribed burns throughout the year. The timing of these burns varies according to our management goals for each burn. Overall, we aim to control/reduce woody invasion, noxious weeds and promote more forbs in our grass stands to provide better brood rearing and nesting habitat for upland game birds and provide other benefits to many wildlife species.

Over the past several years we have been cutting mature hedgerows in hopes of promoting new growth that will offer a good quality of cover for numerous wildlife species, particularly upland birds.  We will move around the area periodically to cut hedgerows to promote various stages of vegetation growth on these hedgerows. Firewood permits are required to cut any dead AND down wood and are available free of charge by calling our office at 785-461-5402. Firewood is for personal use only and may not be sold commercially. Vehicles are not allowed off of maintained roads or inside gates or "no vehicles allowed" signs. Trees will be piled along roadways where practical.

Gates and parking areas have been installed on the area for several years now. These parking areas are meant to provide a safe area to park vehicles off of roadways while visiting the area. A few dead end roads have been closed, many others will be open seasonally as posted from March 1-September 1 unless posted otherwise to provide more accessible fishing access. The primary objective of installing the gates is to improve the overall integrity of the wildlife area by restricting vehicle access to a few pieces of the wildlife area. These gates should not only improve constituents wildlife interactions, they will also help reduce the spread of the high volume of trash, off-road vehicle use, poaching and vandalism that has occurred on the area in the past. The Steve Lloyd upper and lower refuge is closed to all activities year round, while the rest of the Wildlife Area is open to foot traffic within the gated areas, in addition to the seasonal road vehicle access.

Use of an electronic hunter system called Isportsman is required for all hunting activities on Milford Wildlife Area.

No motorized boats are allowed in any of the wetland areas except Mall Creek/Peterson Bottoms.

Only non-toxic shot is allowed in the wetland areas. The perimeters of these areas are posted.

The West Broughton area has been designated a Youth/Mentor Area for all activities. Each mentor age 18 or older must be accompanied by a youth 17 years old or younger.