The Short-eared Owl was a widespread common resident during the mid 1800s, but since the 1930s, it has been a rare, irregular, or very local summer resident. This species is probably the most diurnal owl, and it is often seen, especially in winter, as it courses over fields, marshes, or fence rows in search of prey.
They nest in prairies, marshes, fallow fields, and grain fields. Nests are often in wheatfields or alfalfa fields. They are shallow scrapes lined with vegetation and feathers and are often placed at the base of a tall weed. These nests are often destroyed either by farming operations or by predators attracted to a strip of uncut vegetation left by a well meaning farmer. The male helps feed the young after they hatch. Up to ninety percent of its food is small mammals, chiefly mice, with a few small birds and large insects also eaten.
The present status of the Short-eared Owl is uncertain. It is now very local or absent from much of the west and greatly reduced in numbers in the east. It is a transient and an irregular or local winter resident statewide. Most records of occurrence are from October 16 to April 15, but a few may occur at any time in proper habitat. 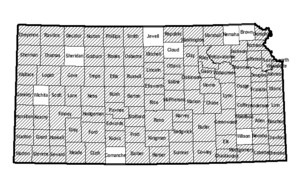