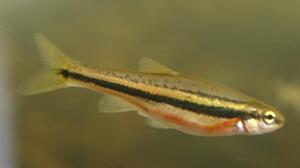 The Southern Redbelly Dace is present in the Spring River Basin, in the Cottonwood River and other small streams in the Flint Fills and in the headwaters of the Ninnescah and Medicine Lodge rivers. Historically, it occurred in the upper Solomon, upper Arkansas and Marais des Cygnes river basins. Although it maintains 3 population areas with high numbers at several sites at this time, it should be monitored closely. Habitat for the Southern Redbelly Dace is small to medium-sized spring-fed streams, where it is often associated with watercress. In late March until May, Southern Redbelly Dace will spawn over the spawning nests of other fish (e.g. Central Stoneroller). Dace are schooling fish and are mostly herbivorous. 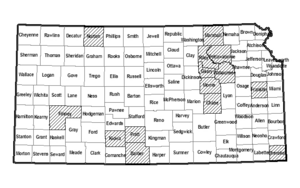