Wild turkeys were reintroduced into Kansas in the 1960s, and the program has been a great success. Today, huntable populations of turkeys exist in nearly every county. The Rio Grande subspecies dominates the western two-thirds of the state. Low numbers in the southwest provide only limited hunting. Hybrid Rio Grande/Eastern birds are found in the northcentral region. The Eastern subspecies is common in the northeast and far southeast regions, where numbers have grown tremendously in recent years.

Use of crossbows for big game hunting by persons with disabilities - Application, Permit, and General Provisions 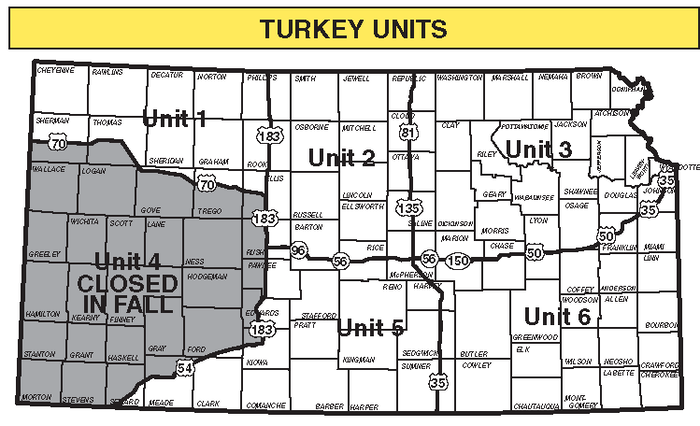